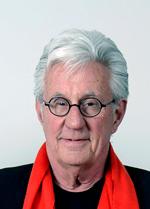 Dr. Terry Acree is Professor at the Department of Food Science of Cornell University, New York.

The ASEV Merit Award is presented annually to an individual who has significantly contributed in an outstanding manner to the progress and advancement of enology and viticulture to the industry and/or to the Society. This award acknowledges excellence in the fields of education, technology, research, management, public relations, or any discipline related to enology and viticulture.

The ASEV Board is pleased to honor Dr. Terry Acree of Cornell University, New York as ASEV’s 2018 Merit Award recipient.

Dr. Acree, a professor in the food science department at Cornell University in New York, primarily focuses on food composition and its relationship to the chemosensory perception of flavor. In his laboratory, he and other scientists have identified odorants that affect flavor in food. As a result, Dr. Acree and Henry Arn established their site Flavornet in 1997 to compile the identified aroma compounds found in human odor space. Using Gas Chromatography–Olfactometry, Dr. Acree’s research has explained, at least in terms of their most prominent features, the odors of complex foods like the lychee fruit aroma in Gewürztraminer wine. Ultimately, he hopes to be able to explain how sensory composition of food contributes to food perception, choice and enjoyment.